Dustin' off the cobwebs 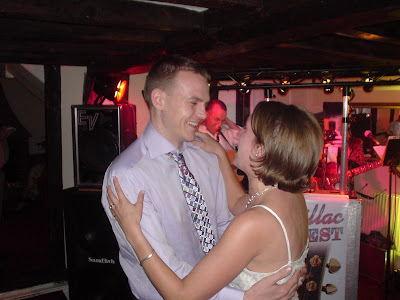 i.e. quite a lot is new, so it's about time we brought this web site up to date a bit.

At the moment, most of this web-site is the same as it ever was, but I've put a new "front end" on it (a blog, really, which will make it easier for us to update with new pap whenever the urge takes us). I've take it off of Freeserve's ("Wanadoo's") servers and onto another free webspace provider since Freeserve (or "Wanadoo") only let you FTP your webspace if you're connected via Wanadoo, and I don't use them any more.

At some point, once we're in the new house I'll do some work and remove the stinky frames from other areas of the web site. For the moment though I'll just update it a little.