Anne and I were very brave on Sunday, and took ThingOne to the shops. This is brave not just because it's the first time we've taken ThingOne out to shops for more than a few minutes, but also because Anne and I both hate shopping. 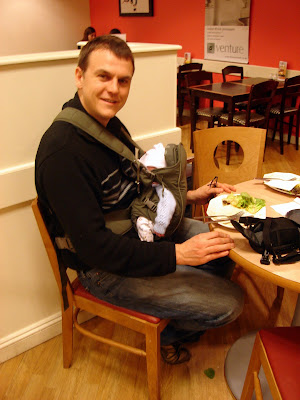 We did OK really, with ThingOne on my front in one of those backpack things. We even felt adventurous enough to have lunch in Debenhams cafe (lunch in Debenhams cafe is an adventure for us - what have we become?) I should take the rucksack off next time - I kept thinking I was going to drop baked potato on her head. 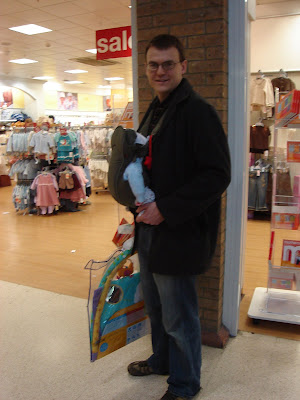 Of course she played up for most of the afternoon and wouldn't sleep. We thought perhaps we'd broken her, but then she's been similar today and we've done almost nothing (other than try to catch up on sleep after two bad nights in a row).
Posted by Stephen at 5:22 pm