We got ThingOne her first bike last summer when she was three and a half. A year later and she's still not sure about it. She rides around the garden fine, but get her on the pavement and she doesn't like the wobbles. (She's still got the stabilisers on.) Part of the problem is that since she's worried about it she won't get any speed up, and if you don't get speed up the bike's going to wobble more. We regretted not getting her a balance bike (one without stabiliers or pedals - essentially a scooter you sit on).

Today we got a cheap balance bike for ThingTwo, as more than once she's tried to climb onto ThingOne's bike and fallen off. Hopefully that'll help her 'manage the wobble' and give her some fun. We're tempted to take the stabilisers and pedals off ThingOne's bike so they can both scoot around. 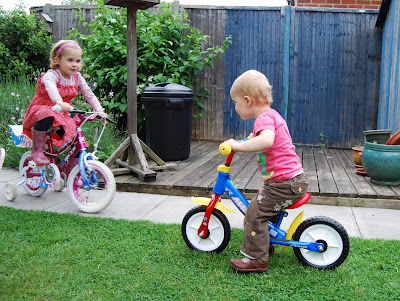 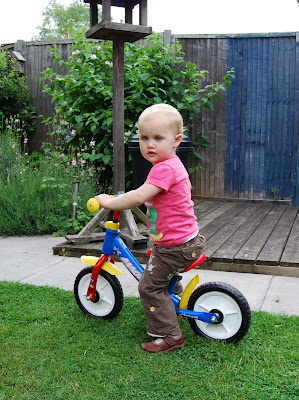 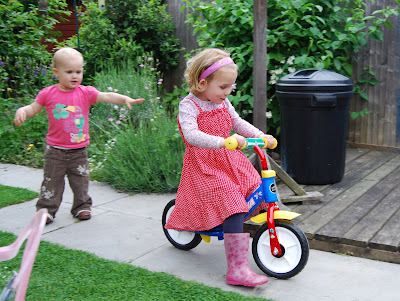 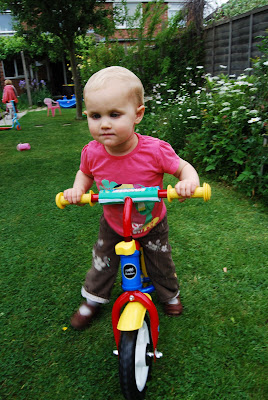 Love Lils' delicate mix of floaty dress and wellies... They look like they are having fun