How did we get here already?

ThingOne's been thinking about babies recently, as a few people we know are having them. Yesterday at nursery she told her friend that she (ThingOne) is just a little girl but when she's big she'll be a mummy. Today she probed Anne...

A: In where?
L: In their tummies?
A: The daddies put a seed in there and it grows into a baby.

ThingOne lifts her T-shirt and points to her tummy.
L: Daddies put a seed in there??
A: Yes.
L: I don't think daddies go inside.
A: Erm, [sings] There were five in the bed and the little one said...

ThingOne was, fortunately, distracted. But it's unlikely to be the end of it.

On a different subject, spring seems to be coming and ThingTwo had fun in the garden today: 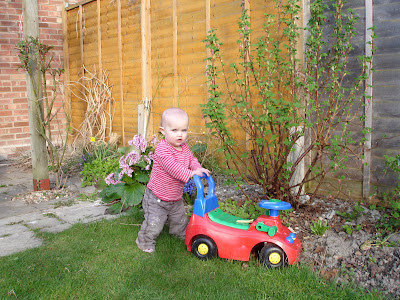 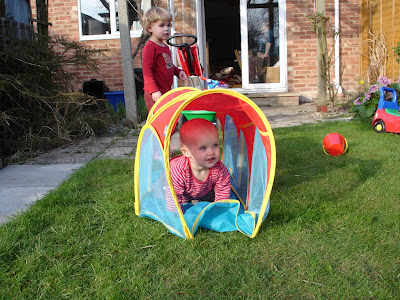 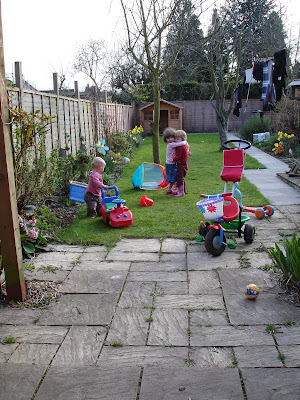