We were up in Lincoln for the weekend, to attend a party to celebrate the wedding of Anne's sister Boo (Rebecca) to Dez. They got married a while ago, but they live in Sri Lanka so they have come back to the UK for a party. 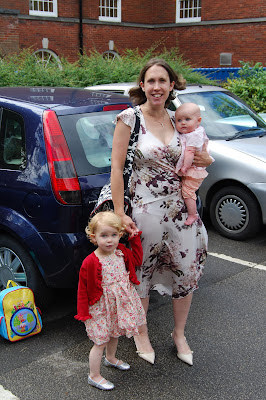 ThingOne and ThingTwo wore dresses. Due to the lack of hair, ThingOne looked fairly silly in dresses until recently. Now she's got some hair she can pull it off, and looked very sweet. Unfortunatley ThingTwo was still not 100% following fevers and chicken pox but she coped with a busy party well, even if she looked blotchy in the photos. 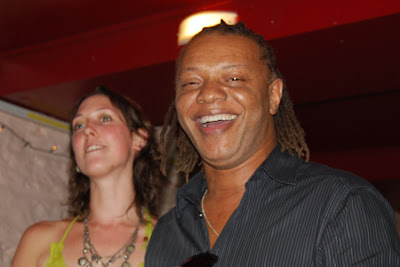 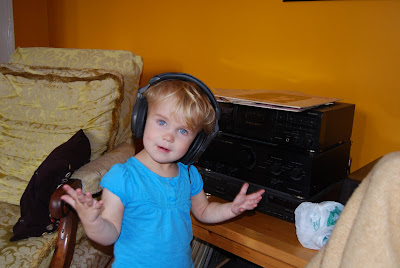 We stayed at Anne's mum's in nearby Woodhall Spa that night, and ThingOne got to try out her new Winnie the Pooh inflatable travel bed, which proved to be a hit. It's good that she's quite a heavy sleeper as ThingTwo is up a lot at the moment and ThingOne manages to sleep through all the crying.

However, ThingOne was up very early on Wednesday morning and was very sad with a poorly tummy. I lay with her an held her hand until it was time to get up, and she felt much better in the day. Anne was trying to figure out what ThingOne had eaten the previous day that might have made her ill. Eventually, Anne remembered that while they'd been blowing bubbles on Tuesday ThingOne had tried to drink the bubble mixture. Anne thought she'd just got some in her mouth, but it seems likely ThingOne swallowed more than Anne had realised.

ThingTwo seems much happier now, and is looking much more like herself again. For over a week while she was ill she'd stopped rolling over and wasn't giving us her big open-mouthed smiles when she saw us. We call her Fozzie because of these big smiles. Like a Muppet, she seems unable to smile without opening her mouth wide. 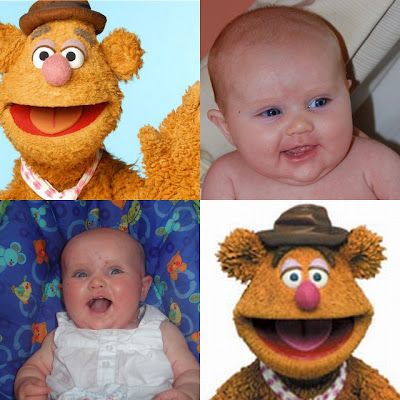