It was seven months ago yesterday that we released ThingOne into the public domain after nine months of private development. Following some testing, we're pleased to announce that she is now officially in Beta release. Whilst ThingOne Beta is not entirely stable, she has several exciting new features.

New Features:
- Sitting Mode. Now relatively stable with little falling backwards.
- Dental Module. Installation of first tooth subroutine mostly completed by this morning. We're hoping to install more teeth over the next few months, but this one took so long to install and the installation caused a lot of issues with Sleep Mode (see Known Issues)
- Crawl Mode. This new mode has been developed over the last few weeks and it's still tentative, but ThingOne is able to move around a room and get what she wants (e.g. her developers' coffee cups - this is likely a product of faulty Java). Bugs still need to be ironed out as ThingOne tends to get quite frustrated and fall on her GUI (face) a lot. In addition, directional parameters need work as there is much crawling backwards leading to ThingOne moving away from her intended target. Note that this mode may require some upgrades to the operating environment (see below).
- Climb Mode. This bonus mode has been developed at the same time as Crawl Mode contrary to standard development procedures. ThingOne Beta has a high chance of crashing when entering this mode, especially when near the Futon Module as if the Climb routine is not completed ThingOne's GUI (face) will often collide with the desktop (floor).
- Improved search algorithm. ThingOne Beta will now look round corners to find people or things she suspects are there. Whilst not an impressing sounding feature, it should be viewed in relation to the primitive search facility she had during alpha development.
- Sound. ThingOne's sound module has received some upgrades, though no true functionality has been achieved. We've managed to enable several new babbling sounds, but though we may imagine she is purposefully saying "Dada" and "Mama" we suspect this is just a product of the randomiser algorithm.
-Hair. We've introduced some more hair in this release, though not a lot. Whilst this is really just an upgrade to the front end, and does not achieve significant new functionality, it can be quite a fun feature since it can be molded into amusing styles and ThingOne's developers can laugh at her and take photos.

Operating environment:
- ThingOne Alpha would happily operate (though with limited functionality) in most operating environments. The introduction of Crawl Mode and Climb Mode has meant that there are some environments in which it would not be advisable to operate ThingOne Beta. These are mainly due to security concerns. A firewall (also called a stair gate) will soon be needed, and various drivers may be needed to secure wiring, sockets and cupboards.

Known Issues:
- Sleep Mode. During alpha development we thought we might have had this mode fairly stable, but the introduction of new features seems to be conflicting with this. There have been nights recently where ThingOne has been exiting Sleep Mode much more than is acceptable. Many times we have been unable to initiate Sleep Mode, even after attempting for extended periods of time. Often, Wail Mode has been activated by mistake and this can be hard to shut down. Sleep Mode has been shown to be especially unreliable during the day.
- Wail mode. We're looking to tone this mode down and reduce its occurrence. A Calpol patch has been released which can sometimes help, but we're told that this patch should be used sparingly. Suggestions of a gin patch have not yet been taken up. 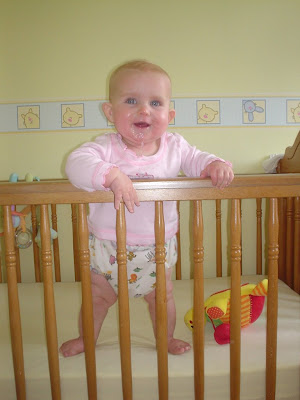 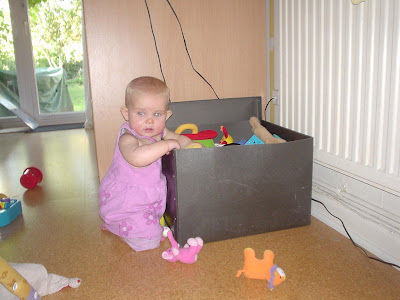