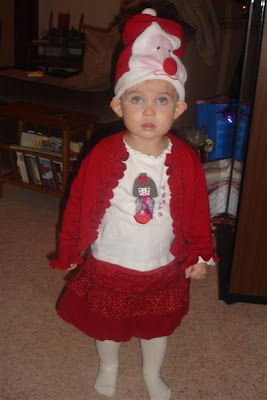 ThingOne was on top form at Christmas, which we were chuffed with given that she was surrounded by people and presents and the opportunity for it to become too much was there. She now has lots of new toys and books, including a tea set, which means we get made a lot of "hot drinks" (sometimes "decaf") and get given lettuce on bread to eat.

We tried not to overwhelm her with presents, partly because it's her birthday on Friday and so she'll get more then. We're telling her that Saturday is her birthday (when we're having a party). In part this is so I can be with her for her birthday. I'm flat out at work at the moment and I may just sit in a corner at her party on Saturday, dribbling and muttering to myself about reconciliations and audit adjustments. I figure until she's able to read a calendar we might as well always tell her her birthday is on the weekend, as that way I can be at home.

She doesn't yet know she has a brother or sister on the way in just over a month. She's been telling Anne there's a baby in her (ThingOne's) tummy, and from that it follows there's a baby in mummy's tummy, but I don't think she believes it. I think a kid at nursery must have planted the baby-in-tummy idea in her head. ThingOne tried telling me there was a baby in my tummy initially, but I've managed to convince her instead that whilst her mummy has a "big round tummy", daddy has a "firm six-pack tummy". She's pretty much got that one. Good girl. Keep saying it and people might believe it.

We've talked about babies with ThingOne: what they do, how they cry and sleep a lot etc, but not specifically told her there'll be one in her house soon. Once her birthday's over with, we'll start to reveal the truth to her, and make the back bedroom into the nursery. It'll be a shock to her system when she doesn't have all our attention, though I suspect the new baby will get a lot less attention than spoilt little ThingOne got, since we won't be able to sit around all day watching him/her sleep! I now see how neglected I must have been as a second child. Poor me. 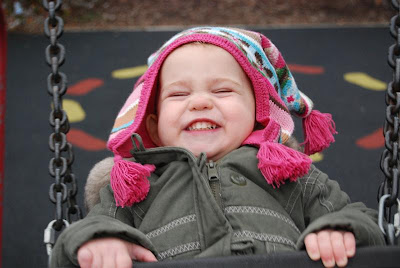