Hey you sass that hoopy ThingOne?

It turns out ThingOne's a frood who really knows where the towels are.

In one of her daily reports from Cambridge, Anne tells me that ThingOne's coming on leaps and bounds in my absence (marred only marginally by running into door frames and vomiting).

Anne and I (especially I) often forget to take our towels off the banister when we take a shower, and end up either calling for the other to bring it in, or slopping across the bathroom and landing to get it and leaving a wet trail.

Having made this mistake with me away, Anne didn't have the former option, and thought she may be able to avoid the latter by calling for ThingOne.

"ThingOne, can you fetch my TOWEL please?"

ThingOne thought for a bit and then went to get one of the towels from the bannister and brought it to Anne. The idiot - it was the WRONG towel.

"That's DADDY's towel. Can you get MUMMY's towel please ThingOne?"

What a star! This is a whole new level for her, and means we're that bit closer to the day ThingOne can make me a gin and tonic, ready for when I get home from work.

I've been away over a week now, and won't be home until Saturday. I'm missing ThingOne a lot (and Anne of course), but from the look of the photos below, ThingOne seems to be getting on just fine without me. 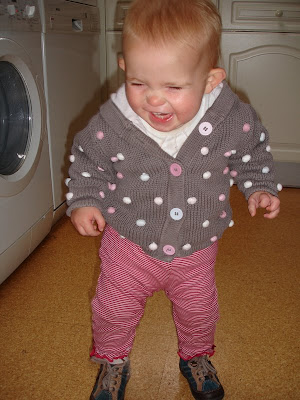 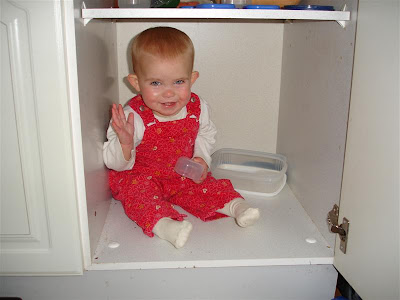